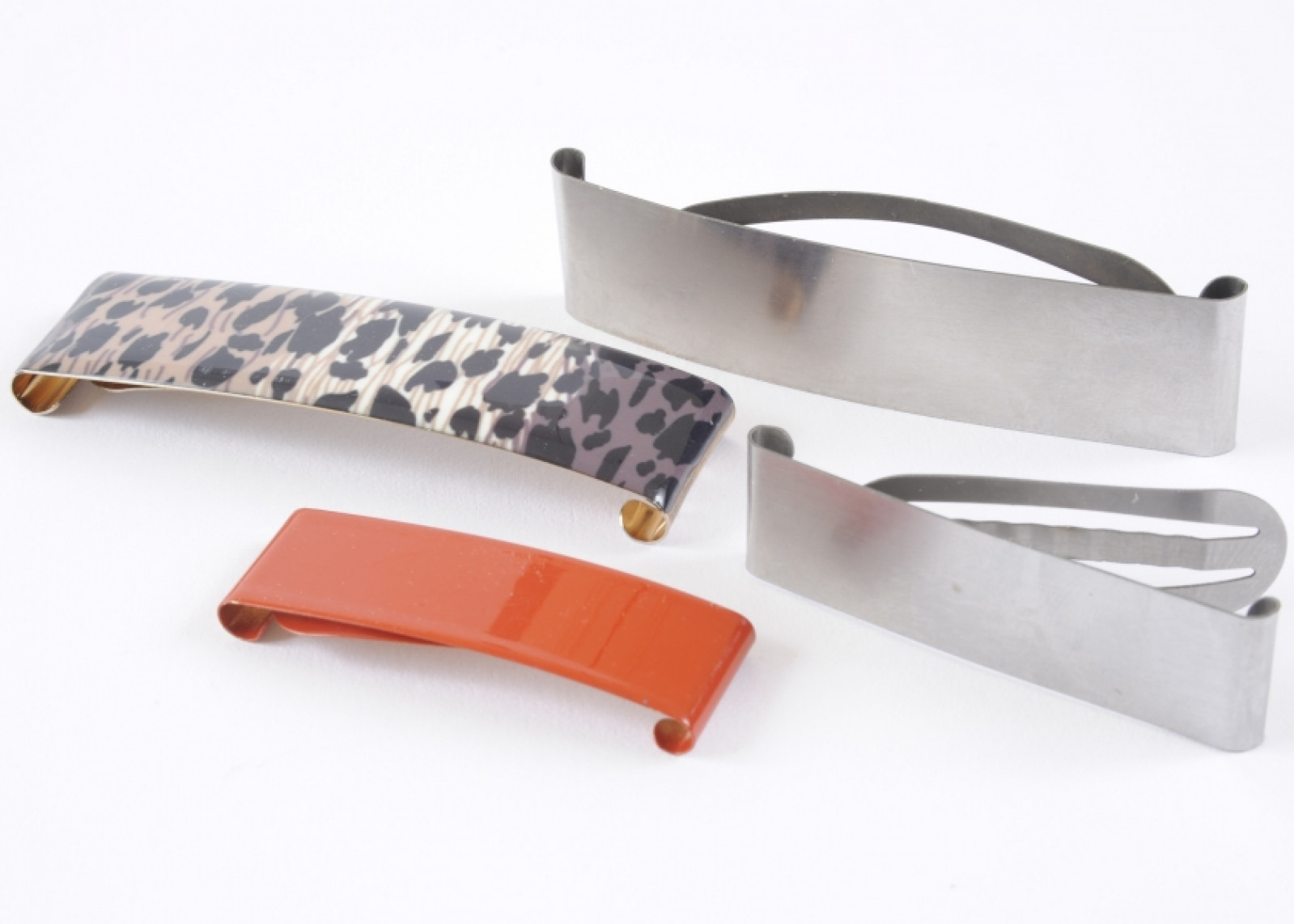 Threeway gets a grip on growth

Tipton based Threeway Pressings were approached by a customer in the fashion industry who were previously out sourcing their own patented automatic hair clip in the Far East.  They previously tried to set up production in the UK in early 2000 although this proved too expensive due to the design and the lack of suitable finishes.  The customer had problems with quality control in Far East as the product was not fully automated due to the design.

To come up with a solution to counter the perception and to win the business, the firm set about producing a series of design led samples to overcome the problem. Ultimately they used serration forms to allow the component to be manufacture from one piece of material instead of having to rivet the legs together, this new design and techniques allows us to produce 2500 clips per hour and become more competitive than the  Far East with far better quality and reduced lead times.

Threeways robust process of R&D, design, functionality, patent and scalability allowed them to win £250,000 worth of new business for one million units, assembly and tooling.

Managing Director Phil Stanley said: We took the Threeway mantra of 'thinking big' to tackle the high end market by manufacturing clips for the global market. We also partnered with other UK firms to further modify the clips using resins and coatings so the product can be customised, but flexible enough to run small batches.  The customer will be also investing in tooling for injection moulding to make plastic tops to complement the new clip through our company.

Our customer invested £40k into tooling to produce the next orders in the UK for the hair clips using local toolmakers to make theprogression tooling as well as local suppliers. We estimate winning in the region of 500,000 units this year for global distribution.

Charles Addison, Director of Made in the Midlands concluded: Success has become standard for Threeway Pressings. They are well known for their problem solving engineering approach, typically utilised by global automotive powers but more recently in design and manufacture of their own products for the garden market. Their success story contains the elements that every manufacturer should aspire to - innovation, investment and growth.