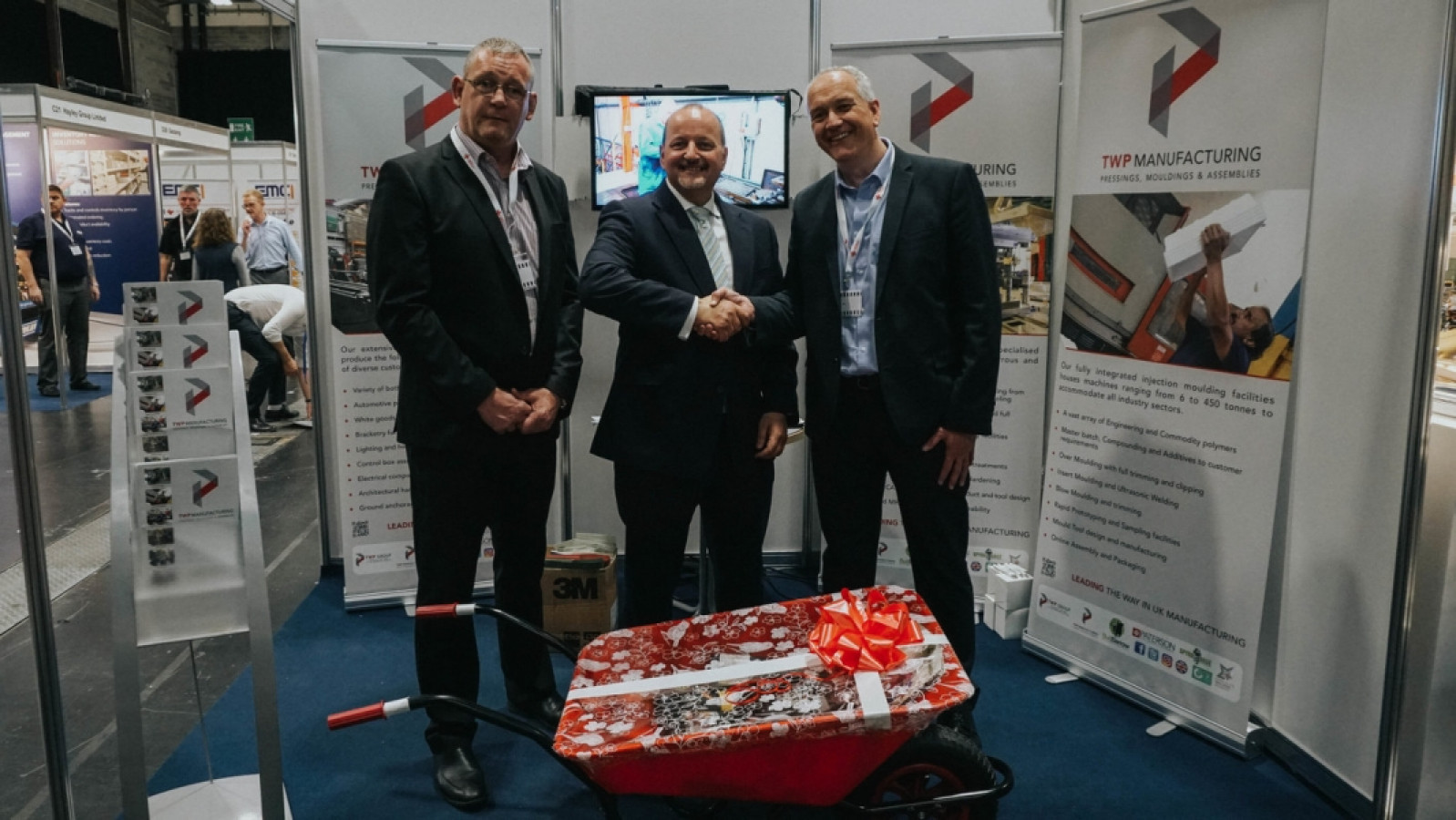 The charity raffle was hosted by Threeway Pressings, who also vowed to double the amount raised at the event. Wrekin Sheet Metals Sales Director, Simon Orpe was declared the lucky winner of the raffle and was presented with a Bullbarrow filled with alcohol.

Managing Director of Threeway Pressings, Phil Stanley said: We are immensely proud of raising £1,650 for such a great cause at the exhibition. Each time we host a charity raffle, we are blown away by the charitable nature of the membership base. It is another great showcase of the charity work Midlands manufacturers do throughout the year.

Threeway Pressings specialises in the design and manufacture of precision pressings in ferrous and non-ferrous materials. The company take pride in their reputation for being able to supply quality products for inclusion in many applications for a wide range of industries. Threeway complete charity work throughout the year for a variety of cancer charities.

Made in the Midlands CEO, Jason Pitt said: Threeway Pressings showcased their extensive range of great brands and services at the exhibition but their charity work really is fantastic. We would like to thank everybody for donating to the Midlands Air Ambulance Service and we will continue to support Threeways charity raffles in the future.

What is not widely known is that Midlands Air Ambulance receives no Government or National Lottery funding. Each Midlands Air Ambulance mission costs £2,500 and in excess of £7 million is needed each year to keep its three air ambulances operational, which is donated entirely by the public and local businesses, with four in ten of those we help funded by Gifts in Wills.

To find out more about the Midlands Air Ambulance Service, please visit: http://www.midlandsairambulance.com/about-us/about-us